It is a Crime to Marry more than One Partner in UK, Europe and US - A Message to Brainwashed Africans Supporting LGBTQi Activism

Do you Know Polygamy is Illegal in Some states in USA, UK and Some Europeans while they force LGBTQi on us.

This is to remind the the so-called brainwashed liberals Africans who use the basis of human rights to support gays and lesbians activism.

The Hypocrisy of the west on human rights is not by empathy but neocolonialistic, a way to show muscles that you may be independent but we are still your masters. They Dont care about the LGBTQi community, neither do they even care about their right to live.

The basic universal right is the right to live and be independent. Through the history of mankind, the west has been the most suppressor of humans and have killed more than half of the worlds population through colonial expeditions.

They subjected our ancestors to their crown and stripped them naked their lives and independence. More than 20million Africans were fed to fish in the Atlantic oceans and horribly, they legalized this system of slavery, killing, stealing and raping.

Now, they have the moral right to talk about human rights and dignity when they are still stripping persons their right to live and continue to kill them in every second, in every minute, in every hour and in everyday.

The basis for supporting the LGBTQi community is never about human rights, we still dont know yet because for every gold you have given us, we have discovered it to be a coal coated with gold color paint.

If otherwise, your basis for supporting LGBT is human rights, then why do you criminalised Bigamy in some states in US, UK and some countries in Europe. 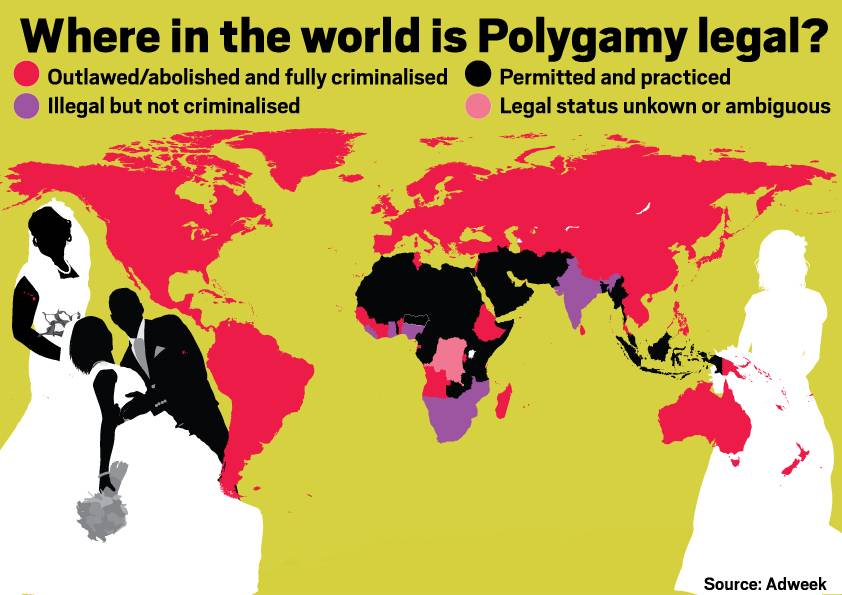 Yes, you hear me right, and let me repeat, you will be arrested in majority of states in USA, UK as a whole and in some countries in Europe if you take another wife or husband whiles still married.

Don't be surprise because it is their way of life, hence culture. Some kings even went that far to setup and publicly execute their wives in other to marry another one for 3 consecutive times.

It wasn't basically because of religion as no religion ever dictate that a man can only marry one partner. This was a cultural practice and they preserve it in their constitution.

Meanwhile, Bigamy( both polygamy and Polyandry) are also practiced by some groups of people especially in Africa and Asia, yet, you criminalised it in your countries.

Polygamous or polyandry marriages may not be performed in the United Kingdom, and if a polygamous marriage is performed, the already-married person may be guilty of the crime of bigamy under the s. 11 of the Matrimonial Causes Act 1973.

Right there it is, and its even recently that non nationals of these states who marry more than one partners are recognised in their database but you can not still marry within their jurisdiction. African can not marry another partner in their soil if they know you are already married here.

Well, the only way we can accept this is to allow cultural exchange on both side both at the local and national level.

If you still insist on human rights, then you must legalise the following rights of ours in your countries, states and local communities.

1. Bigamy must be legalised and allowed to be performed on the Western Soils i.e US, UK and other European countries. Its our right too to marry more than one partner.

2. Allow us to bring our food vegetable especially our "Momoni and dawadawa" in your country for personal consumption. Its our right to eat what we like.

3. Criminalise the suppression of people who wants to cover themselves especially our Muslim brothers and sisters.

4. Allow us to come into your country with our african religion.

5. Return the resources you stole from us for the past 6 centuries. Its our right to own our resources.

6. Stop killing blacks and Africans on your soil. We also have the right to live, which is superior to right to feelings.

And to the home supporters of LGBTQi activism in Africa, the so called liberal thinkers, this is not liberalism, neither is it a fight for a right, its simple neocolonialism.

We are in this COVID19 mess because some people where exercising their right to eat bush meat.