According to the Public Enterprise Minister designate, Joseph Codjoe, his microfinance company was closed downed by the Bank of Ghana despite the fact that he met the minimize capital requirement.

He revealed this to the Parliament Appointment committee on Tuesday after he was asked as to why his company was operating without full filing the minimum requirement. "When we saw the company's name in the list among those whose licenses have been revoked, I was shocked to the bone," he said.

In response to Hon. Akudzeto Ablakwa question during the vetting proceedings, he added that Daily Capital Microfinance company license revoked was a mere accident.

"It was an accident that occurred, an accident in the sense that the Bank of Ghana itself has failed to update its records of reinvestment that the company has done and registered that investment," he added. 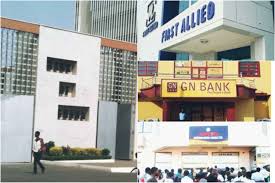 He also revealed that he followed up the due process to have his microfinance company license reinstated and was advised to write a petition.

"They then advised that they will not willingly reinstate it so I should write a petition which I did," he added.

Unfortunately, the petition was also dismissed.

Could we blame failure to update data on banks and financial houses by the Bank of Ghana that led to unjustifiable closure of his microfinance company?